Health trackers are not for ‘every body’

It has come to my attention that yet another brand is exploiting the ‘body positive’ message to sell their products, that are in fact in conflict with the body acceptance narrative. [massive sigh]

In a few words: a famous health tracker brand recruited various UAE-based influencers to talk about overcoming body insecurities and finally feeling at peace in their bodies (so far, so good) WHILE STILL nurturing health (uh oh)… through their indispensable health tracker (huge face palm). One of the influencers is even presented as recovering/recovered from an eating disorder, all the while promoting the said tracker.

To me, this is not only dangerous but downright unethical. Why am I annoyed by this?

1/ There is no link between body acceptance and health despite what this campaign is trying to say. The campaign effectively says: Tomorrow, you get very sick, or you lose a limb, or you develop full-body eczema. Effectively, you are not in ‘perfect’ health anymore. Does that mean you are doomed to never accept your body as it is? Apparently so. Despite the campaign being called ‘for every body’. Urgh.

2/ You don’t need to wear a health tracker to nurture good health practices The campaign also aims to associate good health practices (which we know are seen as moral values in our society) with wearing one of these trackers. The reality is: you don’t need a health tracker to figure out how and when or what to eat, whether you need to rest more or move less. Because YOUR BODY INCLUDES A BUILT-IN TRACKER! HA! They’re called feelings and sensations!! The fact that you don’t know whether you did 10,000 steps today (hello, such an arbitrary number too, what evidence is this goal even rooted in?), is irrelevant to your body and health. We are so much more than kgs, steps, calories, numbers.

3/ Health trackers disconnect us from our bodies. When we look at numbers, we tend to overlook our bodies’ signs in order to follow an external source (standardized and therefore disconnected from each and ‘every body’’s individual needs). Overtime, ignoring your body’s signals can impact your ability to even recognize hunger, satiety, fatigue, or true energy. It can also encourage more obsessive or competitive disordered behaviours for people prone to disordered relationships with food, exercise and their bodies.

4/ Health trackers can negatively impact mental health. vResearch done in 2017 revealed that students who reported using calorie trackers had higher levels of eating concern and dietary restraint. Additionally, and alarmingly, it was found that fitness tracking was uniquely associated with eating disorder symptomatology. (more through an excellent source @recovrywarrior here)

So, is a health tracker for ‘every body’? I personally don’t think so. I know I won’t have one ever, because I know my triggers. I also know many many MANY people that are not there yet but who have no idea of how disordered their relationship to body, food, rest is, and for whom this type of advertising could be truly, seriously, dangerously damageable.

I understand we all (influencers and brands included) need to make money but let’s stop pretending this is all about ‘body positivity’ or ‘body acceptance’, when it is clearly not and when it could hurt people along the way. It is time for brands to be more creative and to be held accountable of the social and health issues they can cause too!

How do you feel about this? Tell me in the comments below! 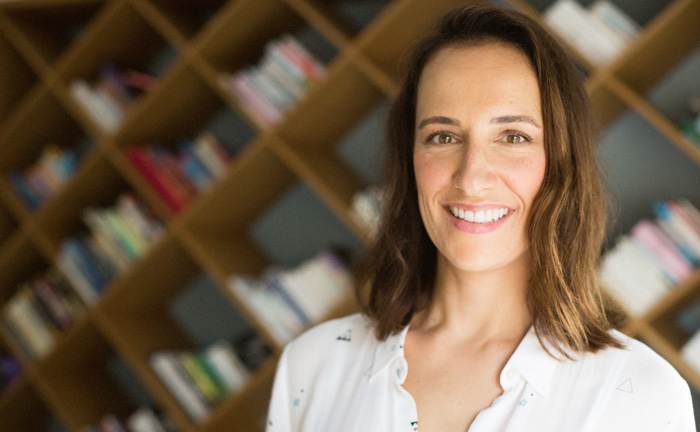 Hi, I am Florence Gillet. I am a certified Eating Psychology coach, a recovered dieter, a feminist and a mother of two. I help chronic dieters reclaim their freedom of body and mind without passing on fatphobic, weight-biased values to younger generations.

My professional practice combines strategies from nutrition science and eating psychology to restore a happy, healthy relationship with food and your body.

I believe that together, we can claim back our power & inspire our children to find theirs, without stigma nor fatphobia. Let’s rewrite our stories together!